O.J. “The Juice” Simpson, Scourge of the Gridiron!

I'm making progress in choosing a winner for my Ultimate Griffey Card Giveaway.  In the mean time, here's a look at a few of the more bizarre "player" collections I've assembled through the years.  This time it's O.J. Simpson: 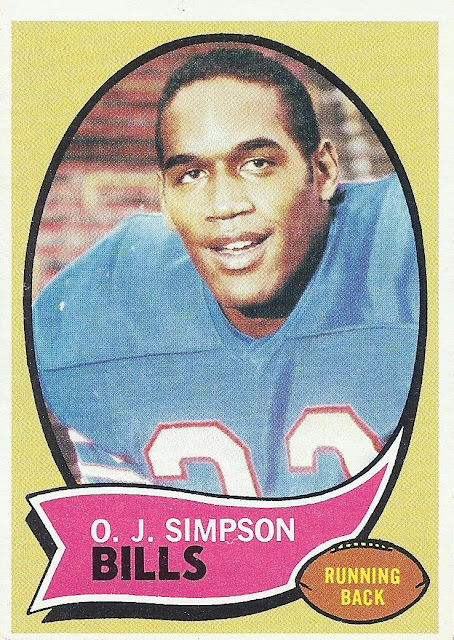 Orenthal James Simpson He had been a successful running back at USC where he led the nation in rushing yards two years in a row.  He is also a world record-holding sprinter in the 4x110 relay, a record that stands to this day.  O.J. went on to win the Heisman trophy in 1968, and naturally he was the first overall pick by the Buffalo Bills in the 1969 NFL draft. 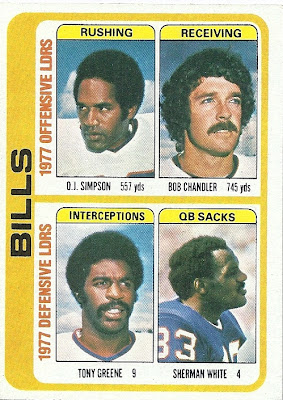 It took him a couple of years to get acquainted with pro football, but it didn’t take long for the gloves to come off.  From 1972 through 1976 he never rushed for less than 1,000 yards in a season.  O.J. made defenses beg for their lives in 1973 when he became the first player to rush for over 2,000 yards.  He was also guilty of 16 counts of touchdown in the first degree in 1975, taking only 14 games to do it. 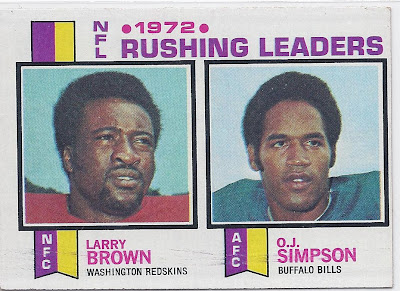 Simpson moved on to play for the 49ers where he padded his numbers for two more seasons before retiring in 1979.  Thereafter he pursued an acting career, appearing in numerous TV shows and movies.  He became a household name as a commentator for network television and on Monday Night Football.  He was inducted into the Pro Football Hall of Fame in 1985, his first year of eligibility. 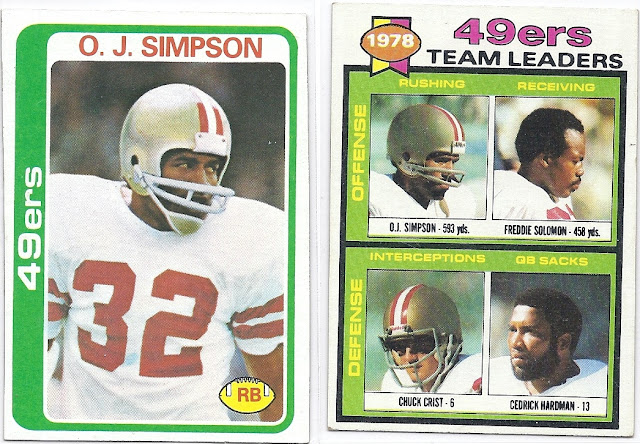 O.J. had a heck of a football career; and he followed it up right by becoming a popular sportscaster, something not many former players have the charisma to do.  In 1994, O.J. gained international media attention when he reprised his role as the hilariously unfortunate Detective Nordberg in The Naked Gun 33 1/3: the Final Insult. 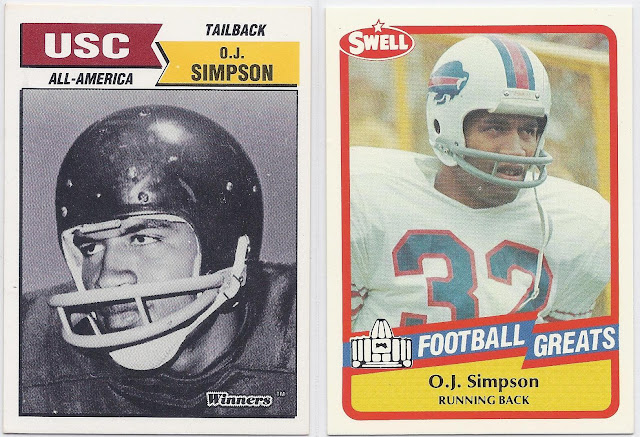 Mr. Simpson is remembered to this day for his remarkable talent, magnetic personality, and friendly smile.  He currently resides at the Lovelock Correctional Center in Nevada. 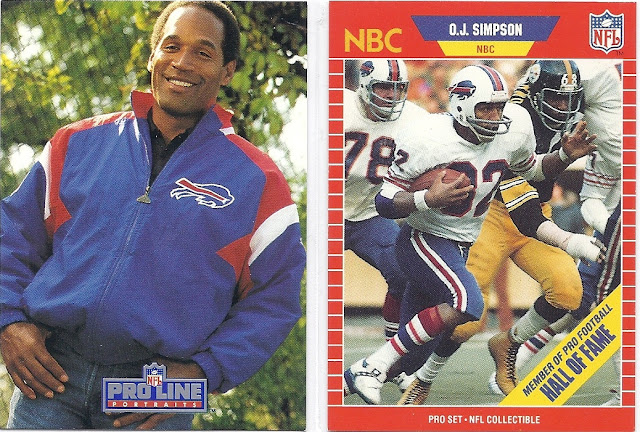